Mom, Dad & Andee tried to go to the Phillies Parade yesterday, but unfortunately they didn't quite make it.
Mom took half a day at work, everyone else took a full day. They left here about 11:30am to get to the Parade, they got downtown around 20 after 12noon. They took SEPTA and there was standing room only all the way down to the Parade. When they got off the subway, there were SO MANY people that they could not even get up to street level! They tried to ger onto the Broad Street Line, but it too was way TOO CROWDED. They just turned around and came home.
Frank however - he is my bi-ped brother - went downtown 7:30am yesterday morning, with Uncle Chuck. They were able to get a good place to stay and got some really good pictures. He sent Mom the pictures, so here they are:
Philadelphia Police before the Parade. 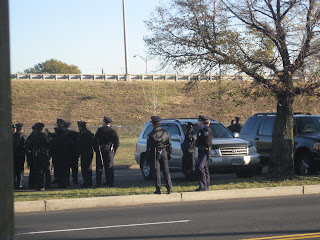 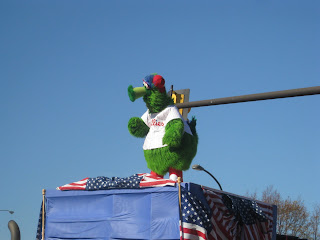 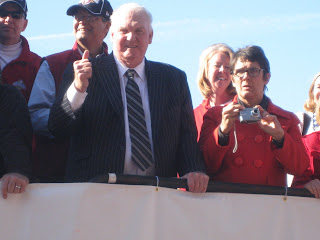 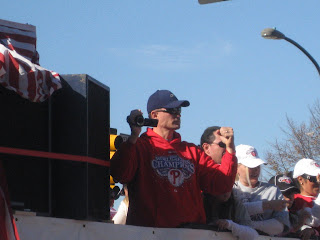 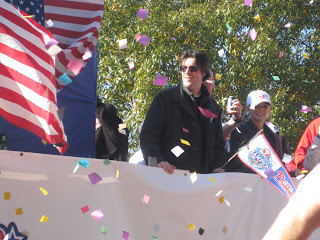 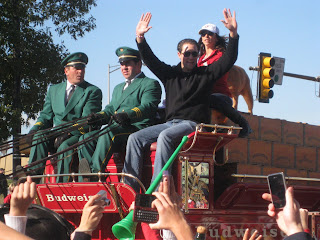 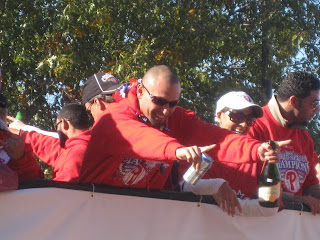 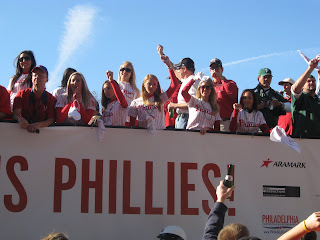 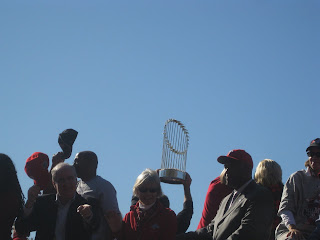 Posted by DKMaialetti at Saturday, November 01, 2008

It wasn't the Cubs but we were happy for the hometown team!

Hey Sky Boy, Thanks. We are so Happy here. Mom doesn't like the other sports, but she is really Happy about the Phillies.
-Georgie

Cool! Too bad they didn't take you!

Hey Steve, It's OK with me that I did not go - I don't do crowds too good. I find them scarey.
-Georgie